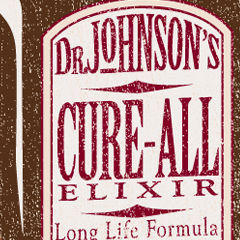 Companies selling DNA kits have been deceiving customers with “fictitious” and “misleading” medical advice, an undercover sting operation by Congressional watchdog the GAO has discovered. One of the companies, 23andMe, was co-founded by Mrs Sergey Brin – Anne Wojowcki – and boasts veteran Silicon Valley socialite Esther Dyson as a director. All the companies investigated have been referred to the Food and Drugs Administration and the Federal Trade Commission for “appropriate action”.

The results ranged from misleading, to what the GAO found as “horrifying”. Two of the companies claimed to “repair damaged DNA”. The GAO castigates the companies for implying that their advice that is diagnostic.

How odd that skeptics devote so much time to the fraudulent claims of homeopathy, but have given DNA testing a free pass. But maybe it isn’t so strange at all.

“It’s the digital manifestation of you,” Mrs Sergey Brin told Time magazine in 2008, as it awarded DNA kits Time’s ‘Invention of the Year’ Award. The desire to reduce complexity to a simple piece of code, one that can be crunched by computers, is compelling. In a digital age, why wouldn’t it be?

Journalists who may be relied upon to mock “water with memory” suspended their critical faculties. If we’re computers, and DNA is digital, then isn’t medical research now just one big Google search? The stardust sprinkled upon the field by the Google association certainly helped.

We’re obviously not computers – things are a bit more complicated than that. The decoding of the human genome has been one of the greatest disappointments of recent science.

But as with the Medicine Shows that flourished in the US until the passing of the 1906 Pure Food and Drug Act – people wouldn’t have come if they didn’t want to believe.

With the puncturing of the gene bubble, perhaps medical research can return to the traditional, laborious and exhausting business of hypothesis, observation, and testing.