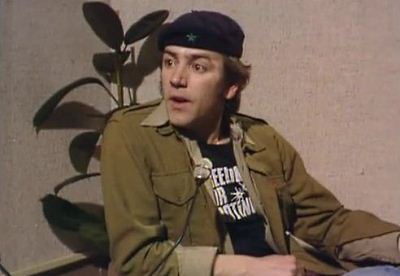 Parliament’s Business Select Committee heard some interesting news today, as they mulled the Hargreaves Report’s recommendations. Executive director of the Open Rights Group Jim Killock told MPs that the UK’s copyright laws were deterring investors and new businesses. Alas, he could have picked a better example.

Killock said Netflix had looked at the UK market and spurned it for South America instead.

“Our digital market in film is falling behind Colombia,” he told MPs.

This is mystifying, since 10 days ago Netflix revealed its plans for its UK launch – giving analysts and press the full details. The service will launch early next year.

We wondered if it was a slip of the tongue: perhaps he meant Hulu? But for everyone’s benefit, he repeated the claim later on in the session: Netflix isn’t coming to the UK, and copyright law is to blame.

So is the UK months behind the rest of the world? Not really. Netflix entered the Latin American market just seven weeks ago.

Whatever points ORG may have had to make on government digital policy became easy for MPs to dismiss. One member remarked on the “ferocity” of Killock’s contribution, and bluntly told him that the evidence contradicted his statement.

It’s yet more amateurish campaigning from the group. Surely they can afford last week’s papers?