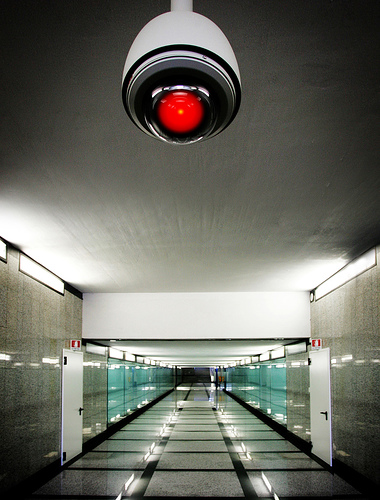 The EU is throwing an eye-watering €1bn of public funds to bankroll some of the most whimsical technology projects ever envisaged – for a decade. A shortlist of six applicants includes talking pet robots, and ambient low-power sensors that provide health tips and “emotional” advice.

The program is called FET, and is funded by the European Commission (which means it is funded by member states – although they can also fritter contribute even more money through matching funds) Lucky beneficiaries will be forgiven for thinking Christmas has come early: €1bn to be doled out over 10 years is earmarked for the winner: that’s €100m a year.

“We have to go beyond the master-slave relationship,” writes Dario in his application. “These novel devices will not be ‘slaves’ executing orders given by a human operator, but they will act like apprentices able to learn from experience, to understand the goals of their actions, to adapt to contingencies and to anticipate, in a developmental and evolutionary way, the intentions of their human companions (as apprentices becoming more and more skilled up to the level of autonomy desired by the personal human companion).

Er, autonomy? Up to a point, Professor. The robot that refuses to fetch its citizen a beer from the fridge may soon find itself decommissioned.

”But perhaps training the human, not the robot, is the real goal here?“

Another recipient project is “Guardian Angel for a Smarter Planet”.

The “Guardian Angels for a Smarter Planet” [website] wants to build zero-energy sensors that monitor the environment, that can be built into clothing, or worn as bracelets. Sensor research isn’t new, so the Swiss team has tailored its pitch to match the sponsor’s desires.

The sensors could guess the wearer’s emotional state and give them advice, or alert somebody else:

“Take a trader in the stock exchange, for example,” the team write. “If he succumbs to his emotions, the transactions he’s proposing would need to be carefully vetted before being accepted. In the classroom, students’ attention levels could be monitored.”

It’s certainly handy to know who to throw the board rubber at, although perhaps that can be automated in a subsequent project.

Another recipient is “The FuturIcT Knowledge Accelerator” which draws on aMfM for inspiration – and distinctive capitalisation. This promises to “unleash the Power of Information for a Sustainable Future”, as Professor Dirk Helbing of ETH Zurich explains: “The FuturIcT Flagship will build a knowledge accelerator to address the challenges for humankind in the 21st century.” This involves a large SIM-style game capable of handling more than 10 billion nodes.

Not all applications (must-read PDF – 128 pages/859KB) made it through to the final shortlist of six.

Atta Badii, at Reading University, proposed an even more ambitious SIM-style game, called the World Society Modeller, or S-GAIA. This would “deliver a new kind of toolset to support the complex adaptive system called Society within the imperative of a sustainable world ecology.” Badii is vague about what research problems the project may tackle, but confident that whatever the outcome, it would be revolutionary:

“R&D will spread not just across the fundamental sciences nor even the establishment of early prototypes and fast followers of the paradigm: it will be a Khunian effort and outcome,” he predicts. 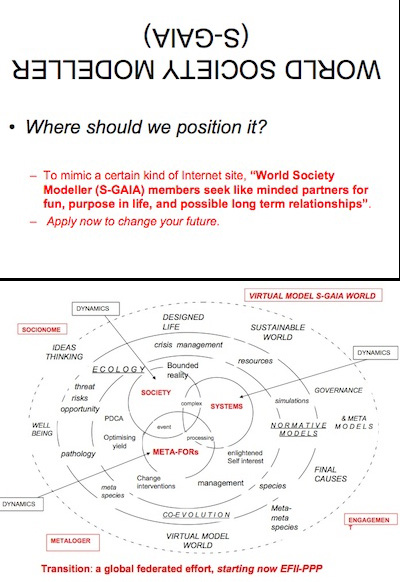 It’s hard to see what “market failure” justifies this intervention of public funds. As we know, private capital is perfectly capable of funding no-hope startups all by itself, and in Shoreditch, does so every day.

Well, FET argues that this kind of research “seeds innovation and is essential for the sustainability of Europe’s ICT industry by addressing roadblocks at the frontier of current technologies”.

They continue: “New paradigms must be explored and radical alternatives assessed to prepare the next generation of ICT technologies and to remove these roadblocks…”

“More than ever in a difficult economic context, European industries’ in-house investment is tending to focus on short-term market-driven research priorities rather than high-risk ICT research. This trend must be reversed by higher public and private investment in high-risk research.”

High-Risk? You read that correctly.

It is hard to imagine any of this work – so lacking in scientific rigour, intellectual coherence, or even basic engineering principles – finding funds through normal academic channels. But as the poet Pushkin once wrote: “Where there’s a trough, there are pigs.”