Google and the Mother of All Antitrust Battles 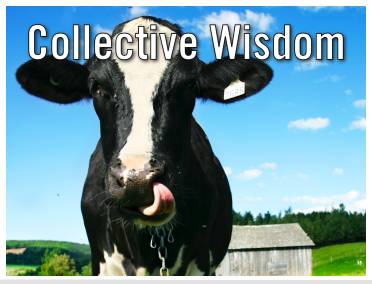 The US Senate today embarks on what could become years of antitrust investigations into Google by the IT, telecoms and media industries.

The hearing today is just that – a piece of political showboating ordered by antitrust subcommittee chairman Herb Kohl. It’s not a formal investigation, let alone a lawsuit. Yet with the destiny of much more than today’s precious “Web 2.0 economy” now in one company’s hands – 90 per cent of paid search advertising goes through Google – it’s surely just the start.

Whether regulation will be able to put but a dimple in Google’s ascendance remains to be seen. Google’s vast data centres and its own private networks promise to give it de facto control over the delivery of content. A parallel business strategy is to squeeze the life out of access networks, the one area where it shrewdly doesn’t want to play. Google is content to leave “last-mile” and wireless operators as unprofitable, commodity conveyors of bits. If the strategy is successful, it will ensure that no one will be able to make money from the internet except Google itself – leaving the public internet effectively in one company’s hands. (Forget about the TV, newspaper, movie and music industries. By the time they wake up to the Google threat, they will by then be smoking ruins…)

Politicians can sprinkle a little of the future on themselves just by rubbing up against the web giant.

As Microsoft discovered, fortuitously, this is money well-spent. A sympathetic Bush administration dissolved the DoJ’s will to impose tough penalties against Microsoft more effectively than any lawyer or economist.

And as Microsoft demonstrated, too, regulatory scrutiny is no obstacle to the real business at hand of winning large state IT contracts. Microsoft remained a favoured supplier, despite the years of antitrust litigation in the US and Europe. Google is well-placed to bid for giant IT projects such as health and data integration.

Google also pays careful attention to academia and think-tanks. A $2m donation to Lawrence Lessig’s Stanford University law centre saw him swing into battle for the internet giant in its litigation against copyright holders, with snidey bloggers dubbing him “Professor Google”. (Google’s cost of business falls when the awkward business of paying creators goes away). And Lessig’s cohort, Berkman co-founder Jonathan Zittrain recently offered a very romantic view of network innovation, with the threats to this blissfully happy landscape coming from consumer electronics and telecoms companies. Google’s threat wasn’t mentioned once. But perhaps this isn’t surprising when you look at who sponsors Zittrain’s Berkman Center. In each case, the puppetmaster calls the tune.

Google is able to achieve such mastery over politicians, the media and hackademics not only because they don’t know what they’re doing (that’s a given, these days) but because Google offers to uniquely “know” something that they don’t – a new form of “knowledge”. Google offers to tell them what the cow (at the top of this post) is thinking (The picture is a slide from a Google analyst presentation from 2006).

So what’s the beef?

Well, there are a limited number of ways you can make money on the web. You can take a cut of transactional revenue, as eBay and Amazon do. Or you can opt for advertising. There’s big buck brand advertising – for which you need to hire a sales team and woo large advertising agencies, which means you need scale, and large investment. Or there’s classifieds – and it’s this segment that has powered the growth of Google, Yahoo! and smaller web start-ups in the past five years. And this is what’s under scrutiny.

Regulators should thank Yahoo! co-founder Jerry Yang, for accelerating a process that otherwise might have taken years to come about. Quite incredibly, Yang handed Google dominant market power in paid search advertising a few weeks ago, when he announced Yahoo! would trial Google’s Adsense. It was just a trial, Yahoo! said, but by giving its prime advertising competitor access to its own properties, it couldn’t be making a clearer statement. This destroyed any illusion that paid search advertising was a highly competitive three way market – and almost nobody noticed.

It’s ironic because Yahoo! “owns” the technology responsible for Google’s dominance today, thanks to Yahoo!’s acquisition of Overture five years ago.

Embarrassingly, Google had to license the patents from Yahoo! just before its IPO to avoid a damaging court decision. How Yahoo! owned the future, then threw it away, deserves a story to itself. But all we need to take away here is that Google won fair and square, by executing the same idea better. Yahoo! targeted SMEs and set barriers to entry for its ad program. Google realized that scale was important, and so opened the doors to all. If you merely had a one page website on Chihuahuas, for example, then you could join the market, and potentially get a share of advertising revenue related to Chihuahua products. Google made it a simple self-service model for both advertiser and hoster. Yahoo also failed to leverage its scale, and ran into execution difficulties with Project Panama, its second generation ad program.

Now for the crunch: what harm does it do? Leave aside for a moment that Google’s opponents here – including Microsoft and the telecoms companies – have less-than-fragrant reputations in the marketplace themselves.

And leave aside too the red herring of “Search”. Yes, you can change a search engine with a mouse click. But this isn’t about search engines at all.

It’s about the cost of doing business on the internet, and if a monopoly exercises its power, then that cost rises. Long-time Google advertisers have already seen prices go up with no explanation. Remember that Google is a “black box” – and Google alone sets the price of advertising through its programs. It does so based on demand – and a magic fudge factor, which critics say represents how much it needs to meet its quarterly numbers.

As Scott Cleland, who represents telecoms clients pointed out this weekend – “there is no competitive substitute for search advertising”. And he’s right.

This is also a market that’s a lot less “dynamic” than many suppose, because of something we heard a lot about in the 1990s, the “network effect”. IBM and Apple offered superior PC products to Microsoft’s Windows – but application developers went for volume, and people went where the applications were, creating a circle that was hard for any competitor to break into. Similarly, advertisers go where the market is. If Yahoo! and Microsoft with their respective scale can’t crack paid search advertising, then who on earth can?

Much like Microsoft, Google’s company ethos leaves no room for competition. Its network strategy is to own the middle tier of the internet, where its large data centers will dominate, while squeezing the profits out of the access networks.

Google’s singular triumph has been one of misdirection. Thanks to “Net Neutrality”, Richard Bennett pointed out in a recent San Francisco Chronicle op-ed, Google’s subtle war on P2P is designed to usher content “consumers” into its datacenters, and away from exchanging material person to person.

Where it differs is that while Microsoft dreamed of dominance, Google succeeds. Microsoft never had the power to change the meaning of words, as Google does today. No media company ever has.

But for now, antitrust regulators need to demonstrate that there’s actual harm. Is the cost of business really increasing? That’s the immediate challenge for the DoJ and State Attorneys. The greater challenge is to wean our political, media and academic elites off their Google addiction.

A good question the regulators may want to ask is – if “Web 2.0” is everything the politicians, wonks and newspapers hype it up to be – the future of business – then why should only one company be permitted to control it?

0 responses to “Google and the Mother of All Antitrust Battles”