Google scares parents away from using their copy rights 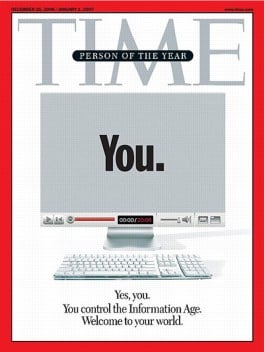 Imagine if you walked into Scotland Yard to report a crime involving children, only to be given a telling off, before you’d opened your mouth, about the dire penalties for wasting police time. And that your complaints would be forwarded to a watchdog – and that you’d better come back with a lawyer.

That’s how a group of parents feel after seeing photographs of their kids defaced on Orkut. Members of Google’s social network created “mash-ups” of photographs originally posted to Flickr – adding text, some of which contained sexual innuendo, for children as young as five.

The upset parents turned to the provisions of the Digital Millennium Copyright Act (DMCA), which permits private copyright holders to deal with infringement, without going through a lawyer.

Now if you only read WiReD magazine or anti-copyright bloggers, you’d think the DMCA was only ever abused by corporate bullies: the Act is notorious for being deployed under dubious pretexts in a small number of high profile cases.

However, it’s also been used by thousands of individuals, including many artists, and remains the most powerful tool for the ordinary citizen to seek redress without expensive litigation. It’s a question of filling out a simple form.

Not that you’d ever guess from Google’s page for DMCA complaints. The web advertising giant turns the presumption of guilt back onto the complainer.

Google warns that if they’re not sure they own the copyright, they may face $100,000 fines. Ominously, it says their complaint may be forwarded to “Chilling Effects” – which monitors vexatious abuse of the Act.

That’s enough to put anyone off – and it had the desired effect. Although the parents gathered hundreds of messages of support on Flickr – they were too worried about the consequences to fill out the short form that required Google to remove the infringing offensive material. 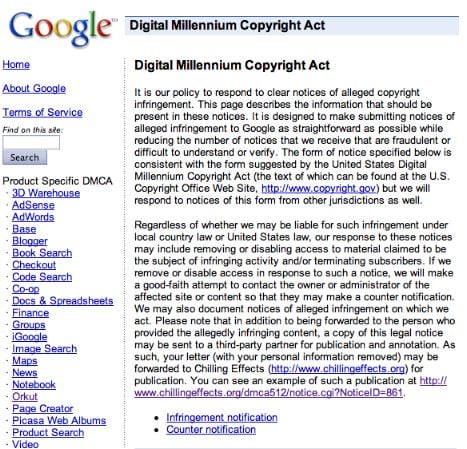 One parent, Dave from Nottingham, told us he thought Google should be trying harder to remove sexual content involving children – rather than put the frighteners on parents who complain about it.

“The way that it’s phrased is that you’re going to be in serious trouble, and need to send us large amounts of cash. They put you off,” he explained.

“What they should say is ‘send us an email, notify us, and we’ll sort it out. They don’t explain it to be as easy as it should be’.”

Google has subsequently deleted the Orkut profiles – but only after The Register got on the case. The company provided this statement on Monday – on the condition that the spokesperson should not be named:

We have reviewed and removed several profiles on orkut.com that contain images of children taken from public Flickr albums. These profiles violated our Terms of Service and orkut Community Standards, and we are continuing to monitor carefully for reports of similar material.

orkut takes user privacy and abuse cases very seriously, and we will always remove material that violates our policies upon receiving a report of its existence. The orkut team and the Flickr team are working closely together to make sure Flickr users know how to notify us that their photos have been posted on orkut.com without their permission.

We understand that people want easy ways to control access to their photos, so in addition to our reporting tools, there are privacy options available on Flickr, such as settings to make albums viewable only to a chosen group.

“It’s a lesson to other parents that they might want to mark the photographs as private and for friends and family only – they should take them off the public area of Flickr if they don’t want the world at large to see them,” he told us.

However, Robertson urged the parents to take up the DMCA option:

“I think Google and similar companies are justified in sending a message that vexatious threats won’t be tolerated – but I can see why a copyright holder might be unnerved by legal language and threats of lawsuits,” he said.

“If they read it carefully they should be confident they’re doing the right thing.”

While Google is busy deleting copyright-infringing material from its YouTube service at the request of Viacom, it adopts a quite different policy for individual copyright holders, such as Dave – warning them away from excercising their rights.

As long as service providers like Google can post such misleading and one-sided DMCA pages, individual citizens won’t know what rights they have. For when it comes to “user generated content”, the innocent “user” is at the bottom of the heap.