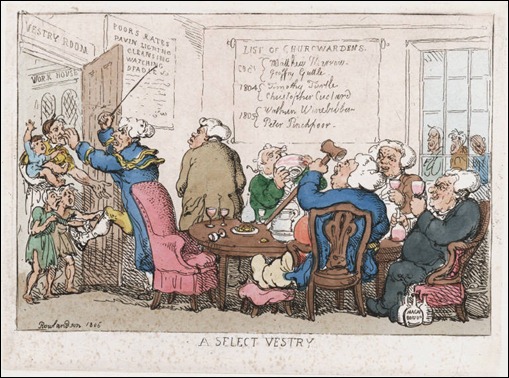 John Stuart Mill described the British Empire as “outdoor relief for the middle classes”. The phrase “indoor relief”, at the time, referred to the state-sponsored workhouse programme, which invented jobs for the poor to prevent them being idle. Mill was implying that the Empire was a gigantic job creation scheme.

But in the 21st century the British Empire appears to be resurrecting itself in a very strange and interesting new way. In response to a FOIA request from Leo Hickman, the Guardian’s ethical bloke, we learn of all the donations made for the purpose of climate energy projects by the Foreign Office (FCO).

With a sum of over £11m, it’s far greater than the annual budget of the now famous American think tank The Heartland Institute, which for years climate activists said was at the heart of a mighty global propaganda campaign to discredit the theory of runaway man-made global warming. This myth was exploded when details of the one-horse outfit’s comparatively paltry budget were revealed recently.

Naturally, climate skeptics have focused on the FCO documents as a misuse taxpayer’s money. Other reports may do so, too. But the size of the bill is not half as interesting to me as the recipients and the projects, and what it tells us about the mindset of the mandarinate. It’s a sociological goldmine.

It’s also fun to read, and if you enjoyed the duck moat part of the MP’s expenses scandal, you’ll enjoy this. A kind of surreal, living reality TV series emerges from the corridors of the FCO.

You may be disappointed to learn that the “climate energy projects” being funded do not involve putting heroic low-carbon British technology onto foreign soil, to the wonderment of the natives. Almost all are for marketing and public relations work. Several, for example, hope that “awareness” will be “raised”.

Some of these grants are mind-bogglingly optimistic. One aims to “bring climate security up [the] Russian’s government’s agenda”. Another Russian grant is for “identifying and eliminating administrative barriers hampering the development of the power saving sector.”

How the Russians must have enjoyed those. With its economy booming – it is “floating on an enormous pool of petrodollars”, it has all the security it needs, and doesn’t need to save power. Perhaps only Norway could care less about energy saving.

Brazil, which recently overtook the UK in economic output, benefits from 10 projects worth £765,117, including a bung of £37,830 to Amigos da Terra – aka, Friends of the Earth.

But the bulk of all the grants is for marketing consultancy – particularly market research and public relations. A project in Canada with green activist group the David Suzuki Foundation seeks to “identify key audiences in Canada” and “build an effective engagement campaign to mobilise and educate these populations to become advocates in the drive for climate change solutions”.

India, which has its own space programme and has pioneered civilian nuclear energy research, gets lots of help with “writing guidelines” – one of which is for buses. A number of grants were dished out to create astroturf groups to lobby their governments.

My favourite project is called “Standard and Labelling”, and £90,995 was dispatched “to facilitate and develop labels and minimum energy performance standards for washing machines in India”. Well done label-gurus … er, PriceWaterhouseCoopers.

There’s the predictable bit of back-scratching and self-aggrandisement. The more blatant this is, the more effusive the blurb. Somebody wanted to bring a pal over from India, so a grant was made. We’re told that:

The visit served as a platform to promote UK excellence to the key innovation policy maker in India.

You’ll be relieved to hear that this “improved relationship and traction with the Department of Science & Technology, Government of India”.

And the British High Commission in Delhi used a wall of its complex to put up a poster. Naturally this was “to promote & create awareness of climate change … made from environmentally friendly material.” The BHC over-eggs it a bit here: “Media interest continued for 6 months after it was put up, and a video has been uploaded on Youtube.”

And here it is. It has generated 165 views in two-and-a-half years.

The list excludes some grants made to China and Russia for reasons of political sensitivity, so it’s partial. And the FCO’s list is merely the tip of the iceberg – many more grants are made through DECC and other departments, percolating out through agencies such as the British Council.

Why are we funding PR?

Something unpleasant emerges from reading the list. There’s the assumption that Johnny Foreigner is really a bit thick, and needs constant chiding and chivvying to “raise” their “awareness”. The idea that recipient nations might be well “aware” of climate change, but have decided to place it very low down on their political agenda – much as President Obama has done – does not seem to penetrate the mind of the climate change bureaucrat. This is deeply patronising, and strongly reminiscent of imperialism.

But in the face of complete indifference (and even contempt) from the rest of the world, the bureaucrats plough on. The FCO regards “climate change” as an issue that gives Britain world leadership. But nobody’s following us; with the collapse of any prospect of global carbon reduction treaties, the purpose of the funding is moot. Climate change now exists as a cause whose sole purpose is to propagate itself – it’s a money-go-round.

In that sense, the parallels with Mills’ view of empire – a perpetual and endless job creation scheme for the British middle classes – are quite uncanny.

0 responses to “Indoor work relief for the middle classes”