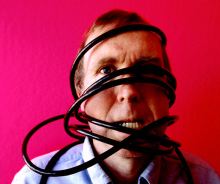 Interbreeding between humans and aliens is a recurrent theme of science fiction – and late night talk radio. But could an example we’ve unearthed from near San Francisco, California, prove to be the first living example?

Scientists have been able to identify human DNA for over 40 years. And here at The Register, we have access to our own stock of Martian DNA – courtesy, of course, of cult commentator and philosopher amanfromMars.

The startling discovery that DNA may have leaped across planetary boundaries comes courtesy of literary agent John Brockman.

Brockman runs an online groupthink “salon”, called Edge.org, where his indentured science authors and a select band of ideologically-correct journalists are invited to congratulate each other on their insight. (Don’t worry if you’ve never heard of Edge before – it’s only ever mentioned by Blokes who are already in it, or Blokes who would sell their mothers to get in.)

But it’s here, at Edge, that Brockman may have unearthed the greatest scoop of his lifetime; for here at least, one Martian-human hybrid walks amongst us.

“The success of the Wikipedia (sic) keeps surpassing my expectations. Despite the flaws of human nature, it keeps getting better,” he writes.

Of course, that’s an easy mistake to make… if you’ve just arrived from another planet. Here’s a more accurate measure of success, from earth-bound observers SomethingAwful. 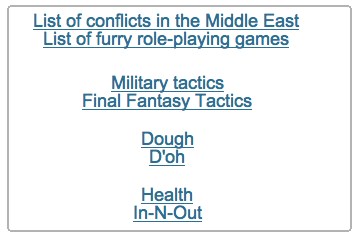 Yet the alien visitor must be impressed by the high ethical standards exhibited by the project, its fair-mindedness, tolerance and generosity, and of course, its uniquely bottom-up democratic nature, for he is mightily impressed. So much so, that he sees in it a new way of organising society:

“The reality of a working Wikipedia has made a type of communitarian socialism not only thinkable, but desirable… I hate to say it but there is a new type of communism or socialism loose in the world.”

Alarm bells really ought to be clanging by this point. The Martian-Martian hybrid is using terms he has apparently heard, but doesn’t really understand – and can’t relate to the world around him.

The next statement can be construed as a promise that the hybrid DNA is here to stay:

“I am convinced that the full impact of the Wikipedia is still subterranean, and that its mind-changing power is working subconsciously on the global millennial generation, providing them with an existence proof of a beneficial hive mind, and an appreciation for believing in the impossible.”