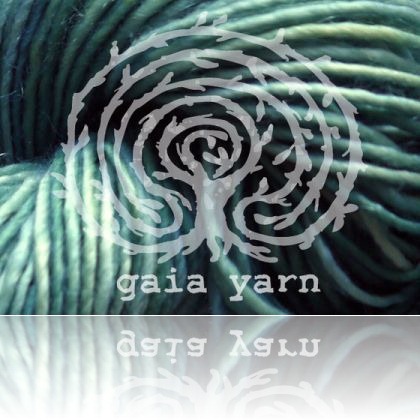 The Green movement needs to rethink its philosophy from the ground-up. That’s according to Peter Kareiva, a leading conservation expert and chief scientist for The Nature Conservancy, the world’s biggest environmental group.

It must abandon the idea that nature is “feminine” and in particular that it’s “fragile”, he said, because not only is this artificial, it’s wrong, and so many bad ideas follow.

When people believe that a fragile “Mother Nature” is harmed by anything humans do, it’s actually the humans who suffer, Kareiva argues in the co-written essay called  Conservation in the Anthropocene.

The modern environmental movement views every human action – from fracking to flying – as both intrinsically evil and irreversibly harmful. But this is an artificial view, one generated out of convenience, says Kareiva. “The notion that nature without people is more valuable than nature with people and the portrayal of nature as fragile or feminine reflect not timeless truths, but mental schema that change to fit the time,” the authors write.

Kareiva cites Rachel Carson’s bestseller Silent Spring as popularising the “fragility trope”. The book purported to blame the collapse of bird ecosystems on DDT, and is often cited as a catalyst for the modern environmental movement. But Kareiva and his co-authors argue that the data suggests this view simply isn’t true:

“The trouble for conservation is that the data simply do not support the idea of a fragile nature at risk of collapse. Ecologists now know that the disappearance of one species does not necessarily lead to the extinction of any others, much less all others in the same ecosystem. In many circumstances, the demise of formerly abundant species can be inconsequential to ecosystem function.”

“Nature is so resilient that it can recover rapidly from even the most powerful human disturbances,” scientists now conclude. Well, some of them do.
How our idea of Mother Nature changed

The idea of an “ecosystem” being inherently fragile is a very modern one. When the word was dreamed up by English botanist Sir Arthur Tansley, nature was thought to be self-healing and robust. Sir Arthur believed natural life was an instance of what he called “the great universal law of equilibrium”. This view prevailed for the next fifty years.

Then came the hippies, whose new view of the relationship between man and nature was summarised by the Pogo cartoon in this embellishment of the first “Earth Day” event in 1970: “I have seen the enemy, and he is us.” This went on to be the most successful political idea of the next forty years, culminating in “climate change”, accompanied by policies that regulate and tax every industrial human activity.

Kareiva objects to characterising nature as a helpless, fragile female or a bossy matriarch – the only two versions we seem to hear. In his view, eco-mentalists are giving up the human-hating policies of conservationism, but are doing so too slowly.

“Instead of pursuing the protection of biodiversity for biodiversity’s sake, a new conservation should seek to enhance those natural systems that benefit the widest number of people, especially the poor,” he said.

Much the same point was made by the anonymous distributor of the Climategate emails last year, known only as “FOIA” in the README.TXT editorial that accompanied the second release of private emails from climate scientists at the University of East Anglia.

“One dollar can save a life – the opposite must also be true. Poverty is a death sentence,” the author wrote, comparing it to the “$37 trillion” investment in energy technologies apparently needed to halt runaway global warming.

It’s likely that more self-styled progressives and environmentalists who would never read Climategate emails will take note of Kareiva. And some already have, including the New York Times‘ Malthusian-in-residence Andrew Revkin.

The problem with turning the ship of environmentalism around to a more humane and less fearful philosophy is that it has been so successful – at least up until now. Although the public, when asked, doesn’t share the apocalyptic worldview, eco-mentalism remains embedded among the political and media elites.

The environmentalists who have succeeded using this version of Mother Nature now have successful bureaucratic empires as a result; they’re now really the New Establishment, and have seats at the table.

They won’t voluntarily give these up.