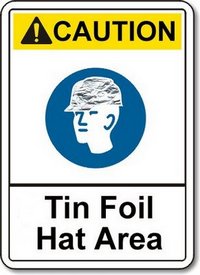 Exclusive Ofcom will encourage ISPs to be transparent about traffic management, but won’t ask them to detail the information in a standard format, according to meeting notes seen by The Register.

The regulator is sounding out opinion from ISPs and consumer groups on traffic management, which it sees as the only aspect of the US "Net Neutrality" debates applicable to the UK.

In the US, the debate was politicized and emotive; pressure from left-wing activists attempted to push both Congress and the FTC into passing pre-emptive technical regulations. At the loonier end of the debate, some called for compulsory nationalisation of the private assets, without compensation.

Here the debate is more rational; Ofcom doesn’t agree that pre-emptive rules must be made, and favours a hands-off approach.

A consultation was launched in June.

"Ofcom stressed that they are open-minded about how they achieve consumer transparency, eg self-, co-, or proper regulation but they also pointed to Commissioner Kroes’ statement that ‘transparency is non-negotiable’," we learn from the notes.

But Ofcom won’t push the ISPs to present the traffic management techniques in a standardised format. And ISPs present reflected their unease that shopping comparison sites might be tempted to weigh in.

"Several ISPs expressed their wariness in relation to third party websites who often lack independence," according to the notes.

BT has circulated a draft set of principles to ISPs – which we’ve also seen – with a number of commitments. These include open access: "We will not block any legal service or seek to charge content or applications providers for basic service."

An individual user’s experience will depend on the access level/technology purchased and any relevant contractual conditions" – and a commitment to freedom of expression. BT would also provide "an indication of the minimum and general level of experience our customers can expect".

ISPs haven’t been impressed by the evidence Ofcom offered.

"It may be necessary to highlight that this ‘evidence’ does not constitute evidence but rather consists of assumptions that may as well be explained by general network congestion or other factors that affect the user experience."

The phenomenon of users thinking they’re being throttled when they’re not has popped up before – see our story on the man who discovered his net wasn’t neutered for an example of the persecution complex. What made that story unusual is that the persecuted blogger has several RFCs to his name: demonstrating that hysteria can affect even veteran internet experts.

But that’s over there.

Interestingly, Google will be entirely absent from a day-long net neutrality seminar hosted by the Broadband Stakeholder Group next week. Attendees include Ofcom and EU reps, CDNs and network vendors, ITV and Canvas, and all the biggest ISPs. It’ll be left to Skype to argue the case for a Free Lunch.

Google and Verizon agreed a set of draft principles this month which if they find broader support, as looks likely, will probably kill the political issue Stateside.

0 responses to “ISPs: beware of paranoid bloggers with a persecution complex, warns Ofcom”