“I haven’t felt so good having spoken to a businessman for ten minutes in about 25 years. That’s not normally how I feel! So thanks very much!”

And thanks to you, BBC presenter Fi Glover, for sharing the feel-good factor with us.

Glover was bringing the miracle of Shoreditch’s internet companies into the nation’s living rooms as part of a mission for Radio 4’s One to One slot. She had vowed to find out, in her words, “what do these tech-enabled business zoomers do”.

We learned that “while the rest of this country hangs onto the cliff face of economic prosperity by its fingernails, it seems that many of these internet-savvy people are right on top of the cliff, planting a flag”.

We need more flags on cliffs.

“A survey from the Boston Consulting Group last month hailed the UK as the leader of all of the G20 nations in our internet economy,” she gushed. “Yes I know: we’re top of the table at something!”

The tech-enabled zoomer she had cornered was Dan Crow of Songkick. He told her that if the rest of Blighty could only capture the spirit of Shoreditch’s internet startups, then Britain would be great again.

“I feel I should applaud,” said Glover.

Don’t let us stop you, Fi. She was on a mission, she explained, because she had found herself in the right place at the right time.

“I’ve watched this community develop because I cycle through it,” she told us.

Fair enough. There’s no better place to gauge the economic viability of a new business sector than from the vantage point of a moving bicycle.

Radio 4 is one of the most meticulous and serious speech radio stations in the world. Its documentaries may often be dull, but they cover grown-up subjects that others don’t touch. It has a great public service broadcasting tradition. This was a refreshing break with that tradition. The initials BBC are famously said on occasion to stand for “Best Bits Censored” – this is a prime example, because there was quite a lot missing.

Where does one start?

Perhaps we could start with the Boston Consulting Group. This outfit has a nice little earner in producing hyperventilating reports on internet growth. A chapter title from a recent report captures their approach perfectly:

Meticulous and serious it isn’t. Not surprisingly, Google likes BCG’s approach very much indeed – in 2010 Google paid the consulting group to produce a report that inflated the size of the UK’s internet economy by injecting some flexibility into conventional definitions.

Boston reckoned the internet sector was 7.2 per cent of UK GDP – almost as large as the UK’s financial services sector. They achieved this by taking the final value of everything connected with the internet, and attributing it to the internet sector. The same logic, as El Reg contributor Tim Worstall pointed out, could be used to redefine banking as 100 per cent of GDP, because almost everyone uses a bank.

Nor is Boston shy about revealing its own prejudices – or pandering to its clients’ prejudices.

“Businesses in particular need to make a choice. They can rise to the challenge of a new internet-driven marketplace — and benefit from the expanded capabilities and higher growth rates that high-web SMEs are already achieving throughout the G20 nations,” Boston insists, without any convincing evidence. Or else, what? “The alternative is following in the footsteps of such industries as music and publishing, which held on to outdated business models for too long and are now dealing with competitive environments that have been reshaped around them.”
Mystical hubs

The claim that Shoreditch was one of the “top three technology hubs” in the world has an even stranger provenance. It comes from a consulting boutique, Startup Genome, founded by a 21-year-old called Max Marmer. Startup Genome gives away free research to boost its consultancy business. The data it analyses for this free research is drawn from startups, and is entirely user-contributed. So if lots of people in Ullapool, or Ulan Bator, send in their details, then Ullapool or Ulan Bator appear to be really busy. It is self-selecting. What Startup Genome’s hub report did was simply slice the data geographically. The claim that East London is a global leader is academically worthless. 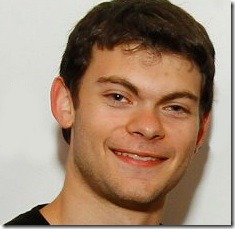 So, as with so many of the claims made for the Miracle of Silicon Roundabout, things aren’t quite what they seem. The miracle is in the eye of the believer.

“I would like to measure our success by the happiness and joie de vivre of everyone who lives around there – not the baseline profit of some multinational companies who rent space there,” said Hammersley – echoing the post-profit mantra of Reg columnist Steve Bong.

And Songkick is a case in point. The news feed for live music fans has already been around for five years. Essentially, it duplicates what Facebook and MySpace provide fans, and earns its revenue as a ticket affiliate. But with demand outstripping supply, ticket giants such as Ticketmaster don’t need Songkick to eat into their margins. Asked if Ticketmaster will eat Songkick’s lunch, Songkick’s co-founder and CEO Ian Hogarth told the Guardian, ominously, that:

“Every day they release something that is closer to what Songkick looks like than to what Ticketmaster used to look like.”

It would have been in the Reithian tradition to highlight the precarious nature of the business, but instead we heard Crow drool that Silicon Roundabout is “vitally important to Britain’s economy in the future. If we build the future … the opportunities are endless.”

OK, nobody’s making any money in Shoreditch … but who IS making money out of the idea that web freedom is sacrosanct?

Also conspicuous by its absence was much of the political context.

The government’s industrial policy has shifted by stealth – moving towards the creation of conditions favourable to internet multinationals such as Google. The real impetus behind “web industry” and its high profile comes not from Shoreditch’s mayfly startups but primarily, in fact, from Google. The internet advertising giant – which produces no content, pays minimal taxes to the UK, and relies on using others’ content without paying – may yet succeed in having the law changed to decrease its liabilities and supply costs at the expense of British businesses. It has certainly succeeded in having the British law reviewed on the basis of a claim that we now know is fictional.

Google uses Shoreditch startups cleverly, as a beard – a diversionary tactic – sponsoring astroturf groups such as Coadec. Demands for special favours sound so much better coming from a youthful startup than they do from a multinational. The idea that handling or manipulating content, as opposed to creating it, is a good thing for the UK – that’s an idea that Google really wants to spread around.

The BBC could have explored all this, and even the close relationship between No 10 and Google, but chose not to or simply didn’t look far enough. This is not the first time we’ve noticed that Auntie has a reluctance to address technology bubbles – as demonstrated by this extraordinary edition of BBC 2’s Newsnight.

When unicorns have been sighted, the Best Bits get Censored.

Why could that be?

Well there’s no doubting Fi Glover’s enthusiasm. Nor that her partner is a senior executive at Google, called Rick Jones. His LinkedIn profile lists him as Industry Head of Retail at Google.

The BBC’s own conflict-of-interest guidelines Section 15.4.25 (Conflicts of Interest: Declaration of Personal Interests) state that:

The onus is on the journalist, content producer or on-air talent to let the BBC know if they (or, in certain circumstances, their family or close personal contacts) have any outside interests which could be perceived as a conflict of interest.

That seems clear enough. We called the BBC to ask if this onerous guideline can be suspended if the presenter is bicycling through miracles.