Andrew’s Mailbag Isn’t it time for a War on Stupid Generalisations? These usually need a Czar, and I’d gladly volunteer.

Novelist Zadie Smith has written about the movie The Social Network and wonders if Mark Zuckerberg’s apparent extreme autism doesn’t manifest itself in both the reductive view of humanity that Facebook (and Web 2.0) software demands. That’s fine. It’s when she steers into observations about autism – largely borrowed, because she’s not an original thinker – from Jaron Lanier’s You Are Not A Gadget – that the trouble starts.

There seem to be three axes being ground here – apart from the fact that Mark Zuckerberg cares little for what Zadie Smith cares for.

1. That information underrrepresents reality. Right, we call it abstraction, as I recall. Further, that “life is turned into a database, and this is a degradation.” Haven’t heard that, before, have we?

The awful daring of a moment’s surrender
Which an age of prudence can never retract
By this, and this only, we have existed
Which is not to be found in our obituaries
Or in memories draped by the beneficent spider
Or under seals broken by the lean solicitor
In our empty rooms 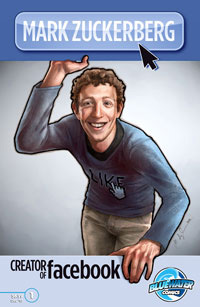 2. That we put out a blander and dumber version of ourselves for Facebook. Yes, we also do this on our resumes. Also perhaps at book clubs, cocktail parties, and airport lounges. If we wished to stay Eliotic, we could remember “to prepare a face to meet the faces that you meet”.

3. Zadie Smith writes: “But the pack mentality is precisely what Open Graph, a Facebook innovation of 2008, is designed to encourage. Open Graph allows you to see everything your friends are reading, watching, eating, so that you might read and watch and eat as they do. ”

Does it matter that Mark Zuckerberg won’t move his eyebrows or can’t distinguish red from green? Does it matter that he can burn some serious money for PR. (Well, I’m not sure high tech money is feeding healthy trends in the US schools, but apart from that.)

I think Zadie Smith is guilty of making a crude generalisation. Her argument that Zuckerberg’s limited outlook influences his software design may be worth making for the specific case of Facebook. To me that’s a legitimate exercise. It may not make for the best criticism, and all criticism has to stand or fall on its merits. That’s not the problem.

Where she falls down is the generalisation. All software is written by autistic people – are all software writers autistic?

In addition, the implication is deeply offensive – that only Zadie Smith (or someone like her) can understand human nature, and all other attempts to represent human nature can be dismissed regardless of their merits. This is the sweeping generalisation. Smith thinks she’s found a sort of fantastic lightsabre with which to behead nerds, whenever they pop up in an inconvenient context.

Sociologically, that’s cheating. And I think she doesn’t even realise she’s doing it.

0 responses to “The Autistic Network”