The League of Handicapping Gentlemen 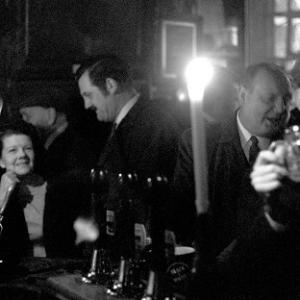 Energy Minister Christopher Huhne has an opinion piece in the The Daily Telegraph today – and it’s really an 800-word explanation of why we need a new Energy Minister. The subject of Huhne’s essay is new, cheap gas.

The article finds the minister on the defensive about shale gas: it’s why he’s taking his argument into print. Huhne doesn’t like this exciting new development, but he doesn’t have the power to kill it. He welcomes it through gritted teeth before explaining how many handicaps could be put in its place: the ownership of the land, the regulatory framework, the planning hurdles, and so on.

(France has bowed to its powerful nuclear lobby by imposing a moratorium on unconventional gas exploration, but since France’s electricity is already so cheap – the cheapest in Europe, in fact – it doesn’t need shale anything like as much as the rest of Europe does.)

There are several of these. The most recent is a “carbon floor price”, which was pushed heavily by a nervous nuclear industry, and introduced by the Conservatives this last year. This handicaps fossil fuels. Another is FITs, or feed-in tariffs, which legally oblige energy buyers to acquire energy at a vastly inflated price over market rates.

The largest, and oldest, is the Renewables Obligation scheme, which legally mandates electricity buyers acquire energy from a list of environmentally-correct sources such as wind, solar and Anaerobic Digestion, with an annual quota set each year by central government. The RO scheme also creates a big bureaucracy to ensure suppliers comply, and an additional complex money-recycling scheme in which suppliers who fail to conform buy their way out. And if that isn’t enough, on top of that, an insurance pool (called a “price mutualisation ceiling”) for buy-outs who fail to cough up. Clearly, there are a lot of vested interests to be appeased in keeping all these expensive and complicated shows on the road.

And they all have something in common: they’re the beneficiaries of the minister picking winners (or more accurately, given the meagre operational efficiency and cost per watt of wind power) picking losers. It’s anything but technology neutral. New, unconventional gas doesn’t require any subsidies at all. It makes a positive fiscal contribution to the Exchequer, and, all things being equal, means public spending can increase, or taxes elsewhere can be cut.

And a vast price-mutualisationation ceiling currently standing at £233m.

The former Guardian journalist twice resorts to a straw man argument – the sure sign of a weak case.

“Some therefore argue,” claims Huhne, “that we should abandon everything else and devote ourselves wholly to shale.” [our emphasis]

We’d very much like DECC to substantiate that claim, for to our knowledge, nobody has ever made it. Gas is simply part of an energy mix: a “diverse and balanced” portfolio that Huhne himself says he wants. “We should not bet the farm on shale,” he concludes.


There are several problems with this. A government’s energy policy should remain focused on keeping the lights on, and costs low. Low energy costs mean lower food and other commodity prices, and increased economic activity – we’re all richer.

Recently European ministers have also committed themselves to meeting CO2 targets. The way they’ve gone about this, by favouring technologically backward energy sources, greatly compromises the primary two objectives of cheap and reliable energy. Cheap power is no longer feasible, ministers reason, and electricity supply may become irregular, or intermittent, because we must meet the targets. But this is simply mistaking means and ends. There are other ways of addressing this than by handicapping the entire economy.

It’s now very much a live political issue. Shale gas presents an existential crisis for many of the most dogmatic Greens, because it brings these issues to the fore. The problem for Huhne is that his “cure” looks worse than the disease.

0 responses to “The League of Handicapping Gentlemen”