It’s too early to say whether the Times paywall is a success or not. But it’s done wonders for conferences about newspapers.

In place of the usual hand-wringing and Kumbaya pipedreams, we’re getting quite a bit of decent discussion. The Telegraph is next to ask for your dosh – probably with a “metered” model used by the FT, according to… the FT.

No one looked happier than Dominic Young, News International’s director of strategy and product development, after five months behind a paywall. Speaking at a Westminster Media Forum debate on Payment for Content, Young said none of the dire predictions by rivals had come true; and free of the tyranny of SEO, his journalists could write stories for humans again, rather than robots.

“Virtually none of the predictions about would happen have turned out to be correct,” said Young.

How well is it doing? There were no new numbers from the horse’s mouth, but a company called Oliver & Ohlbaum (which describes itself as “a boutique media strategy, investment and advisory company”) reckons 14 per cent of Times readers have subscribed to the Times in some form or other. This is more than the web – but then that’s the point. 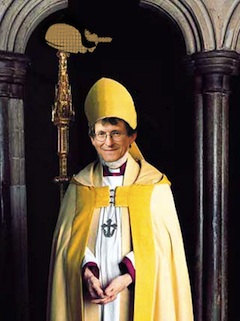 As expected, blow-ins have blown right out again. Faced with the prospect of paying for content, just 0.6 per cent of all news readers have subscribed to The Times, according to the boutique de stratégie.

The newspaper owners last week received a huge fillip in the High Court. The Newspaper Licensing Agency has been operating a licensing scheme for commercial operators (not individuals) since January this year, and sought confirmation that headlines and copy are protected by copyright law. They are, of course, although a site scraper service called Meltwater is bringing the issue to the Copyright Tribunal next February.

Meltwater CEO Jorn Lyseegen was present, and was soundly flogged by everyone present. Attendees queued up to decry his business as parasitic and said it added little value.

Lyseegen said the ruling was “bad for the internet economy and a step back for the ecosystem”, and he would appeal. He also invited comparison with Wikileaks, which was not the wisest thing to do

MB Christie, head of FT.com’s product management, complained about the term “paywall”, which she thought was steeped in freetard prejudice.

“Calling it a paywall sounds like it’s a tall impenetrable barrier that only Hercules can break down; why don’t we call it paying for content, just like paying for milk or bread?”

“Even in the blogosphere, people still get upset when people nick their stuff,” noted Young.

The age of the freetard is over?

He drew two positives to the pay experiment. One was that advertisers preferred the smaller, better qualified number of subscribers. The FT’s Christie said much the same thing.

The other was that free from the demands of search engine optimisation (SEO), the site had become more human.

“Our headlines are written for humans not machines – evidence is people spend more time on the site than they used to – and they visit more frequently.”

“How can newspapers survive? By being good – by being original, writing with authority, and being insightful – when everyone is commenting we need those authoritative voices more than at any time.”

He has a point. All UK broadsheet newspapers now look alike – they use the same grids, the same font (Georgia) and the same pastel shades. And when they cut and paste their obituaries (and other factoids) from Wikipedia, they’ve joined the same scraping business as Lyseegen. You can’t blame the internet if you keep shooting yourself in the foot.

Young added that the others all wished the Times well in private, if not in public – although not enough to share a common payment platform.

Labour MP Eric Joyce (Falkirk), chairing the panel, had begun by wondering what the alternative to a paywall might be.

“There’s the Guardian,” he mused, “but it looks like they’re just throwing money down the toilet.”

It may look like throwing money down the toilet to you, Eric, and commercial suicide to everyone else – but it’s actually a sophisticated religious ritual. Making sacrifices to the internet is a central pillar of belief at the Church of the Freetard.

Just make sure you use somebody else’s money.