Who killed Three Strikes for filesharing? 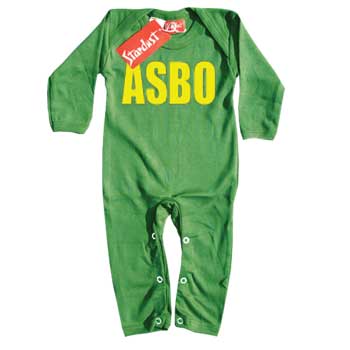 Rejoice! “Three strikes and you’re out” is dead in the UK. Music file sharers will no longer face the threat of seeing the household broadband connection severed. The plague that is currently endemic in France won’t be jumping the English Channel.

Strangely, some people want to keep it alive. Stranger still – this includes the “digital rights” lobby.

For confirmation, you only need to turn to page 30 of the Government’s Consultation paper on Legislative Options to address illicit P2P file sharing, announced with much fanfare yesterday by the business ministry BERR, and accompanied by a Memorandum of Understanding (MoU) between ISPs and the music business. You’ll find the death notice in the section labelled “Sanctions”.

“In order to persuade people to stop using illicit P2P services some kind of appropriate sanction must be found,” notes the Department. “The MOU envisages ISPs committing to a trial of writing to infringing users pointing out that the infringement has occurred, has been detected and is unlawful.”

So this will involve mass letter-writing, we now know. However, for hardened, high-volume P2Pers, some special “sanction” is required, the government agrees. The consultation document carries on:

“However, we recognise that there is likely to be a hard core that will not respond positively to this approach.

“Some form of effective sanction is needed to ensure that the more serious infringers can be stopped. To that end Ofcom will invite stakeholders, including ISPs and rights holders to join a group to explore effective mechanisms to deal with repeat infringers. Members of the group will look at solutions including technical measures such as traffic management or filtering and marking of legitimate content to facilitate identification, as well as ways in which rights holders can take action against the most serious infringers.” [our emphasis]

BERR notes the concerns that the larger ISPs who have signed up to the MoU will find themselves at a competitive disadvantage to smaller ISPs who haven’t, and who therefore don’t need to go out and buy thousands of stamps and envelopes.

And with that, BERR gave the ISPs and music business four months to come up with an answer.

But what’s called “traffic management” is really just a more selective implementation of what ISPs already do today. Most DSL resellers already cap bandwidth – Virgin now throttles P2Pers according to downloads. As the Times agreed, throttling would be the ultimate sanction.

The death of Three Strikes is a triumph for British Music Rights and ISPA, who have pushed hardest for disconnection to be moved off the agenda. The BPI was the keenest advocate of Three Strikes. ISPs however argued that implenting the policy was a huge administrative burden. Indeed, an effective disconnection regime would have involved some kind of database to ensure the disconnected don’t simply reconnect with a new ISP. It would have involved the creation of a “National Freetards Register”.

Now there’s little Nu Labour loves more than a great big database – and its contractors love the prospect of bidding for them almost as much. But this was surely one database too many.

And surely the NFR would have met the same fate as the Anti-Social Behaviour Order, or ASBO – only much quicker. The ASBO was envisaged as an instant “badge of shame” (which circumvented due process). It quickly became a badge of pride; you weren’t cool if you didn’t have one. But because anti-music activists love feeling victimised, they’d have been clamouring to get on the NFR from the start.

So, panic over. And sighs of relief all round, then?

“I think this deal needs to be approached with extreme caution. What seems to be on the table is hundreds of thousands of nasty letters,” she acknowledged. But then she applied the electrodes to the corpse of Three Strikes, somehow seeking to reanimate it:

“But the music industry has said it wants to see music users being disconnected from the net and that’s a deeply disproportionate response.”

The golem called Three Strikes is barely in the grave before the ORG raises it again. To the palpable astonishment of presenter Evan Davies (who was very well briefed), Dame Hogge insisted on comparing disconnection – now firmly off the agenda – to cutting off the household electricity supply.

“The internet of the future is going to be just as important connection of your home family. Mum might be running a small business from that connection – do we really disconnect her too?” she asked.

Yes, Mum might be whoring herself out to support her crack habit – but there’s no way she should be held responsible for what her kids do. You could almost hear Middle England – which takes parental responsibility quite seriously – throwing its metaphorical slippers at the radio set.

Well done, ORG – you’ve just alienated most of the UK.

To her credit, Dame Hogge cited legal P2P as the only true solution – but the Radio 4 presenters had already expressed this view 90 minutes earlier, while interviewing Feargal Sharkey. And several times that followed.

(Usually it’s the job of activists to “educate” journalists, not the other way around.)

But the ORG has a reason to keep Three Strikes alive, even though it has just died a pretty spectacular death. And it’s a conundrum that faces all self-styled “activist” groups, and not just the most amateurish.

Rallying the troops against Wicked Acts is the oil that keep the machinery of activist fund-raising going. There’s little to be gained by slaying the dragon, and much more to be gained by keeping it caged, so it can be let out to scare the population every so often. The ORG just happens to be in the middle of a non-too-successful fund-raising drive at the moment.

But what’s interesting is that this need – to be chained to things one hates – particularly affects groups who have a fundamentally negative view of the world. The British ORG originally grew out of a campaign against copyright, and a contempt for creators and peformers is what binds it together. And you can’t get a much more negative view of humanity than that.

And so political discourse gets more unreal and synthetic by the day. ®

* [ not confimed yet – but surely only a matter of time ]

0 responses to “Who killed Three Strikes for filesharing?”