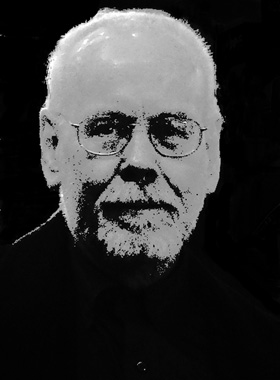 Wikileaks has always been a commercial enterprise hiding behind a narcissistic “public interest” PR, says Cryptome operator John Young in a scathing critique of the site.

Whistleblower site Cryptome began publishing documents in 1996, incurring the wrath of UK and US governments. The archive endures. Young was invited to be the “public face” of Wikileaks at the formation of the venture, but declined. Now Young believes Wikileaks is selling its secrets for commercial gain. Speaking to US talk radio, Young compared Julian Assange to Henry Kissinger, and other “spook insiders” who have turned their insider knowledge into a lucrative sideline.

“What has been released has been much less voluminous than the attention about them,” said Young. “The goal is to exaggerate the importance of Wikileaks”.

From the earliest discussions, Young alleges, Wikileaks intended to pimp out the information for funds.

“Well, it only came up in the topic of raising $5 million the first year. That was the first red flag that I heard about. I thought that they were actually a public interest group up until then, but as soon as I heard that, I know that they were a criminal organisation.

“Assange is a narcissistic individual,” claims Young. “Wikileaks is willing to sacrifice Bradley Manning and anyone else to advance their own interests.”

“The free stuff is meant [to] lure volunteers and promote high-profile public service, lipsticked with risk, with the enterprise funded by selling costly material sold on the black market of worldwide spying in the tradition of public benefit ops, ID, spies and ever more spies. No better customers for illicit information that [sic] those with depthless pockets.

“Soros and the Kochs have their lesser-known Internet promoters backing Wikileaks generously. And they expect good return on their investment, not just the freebies used to attract attention.”

“Wikileaks lies as much as the media, indeed, exactly in the advertising format of the media. Its consumers like it for that very reason. It rides the wave of imaginary disgust with MSM and governments, but it has not modified the formula of braggardy and drama essential to capture eyeballs and through eyeballs, minds and hearts.”

But Young includes all advertiser-supported media in the camp of the discredited … and himself.