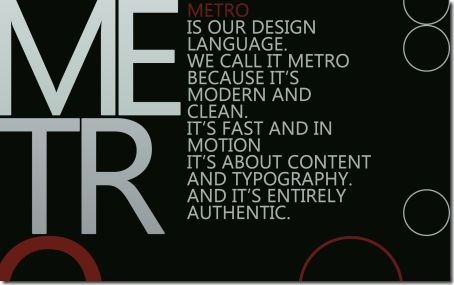 The revolutionary dogma of Metro is sweeping through the old Windows desktop, too, a new leak of Window 8 confirms. The leaked build, newer than the public release of a fortnight ago, abandons the 3D design elements introduced into Windows in 1990 for a resolutely two-dimensional world. The ‘legacy’ desktop in Windows 8 is denuded of anything that takes advantage of human depth perception, such as window shadows, gradients or sculpted controls.

Microsoft had already promised to drop the gimmicky glass effect, first introduced in Windows Vista, last month. Public releases were considerably ‘flatter’ in appearance than before, squaring off round edges with the designer’s knife. Now the Windows team has gone the whole hog, theming Windows 8 to look just like a Windows Phone. So windows buttons are flat, windows don’t have shadows that help the user distinguish where they are in the Z-order, and UI chrome is a flat, single colour element without gradients.

The first popular graphical user interfaces of the mid-80s, pioneered by Apple, Atari and Amiga, adopted flat 2D designs because microcomputers didn’t have the graphical grunt to support them. But as horsepower increased, designers took advantage of 3D effects to distinguish the UI chrome from the content inside the windows. This is much harder in a flat, 2D world.

It’s doubtful whether the glass effect aided usability in any way – as it drew the eye to what didn’t matter. Many users were happier with transparency turned off.

It certainly looks different – but does it work?

On devices with a small screen, where UI chrome can be made to disappear, and where one application exclusively uses the screen, Microsoft believes that it does.

Perhaps they should also heed the Great Helmsman’s thoughts on self-criticism?

0 responses to “Windows Metro Maoist cadres reach the desktop, and pound it flat”